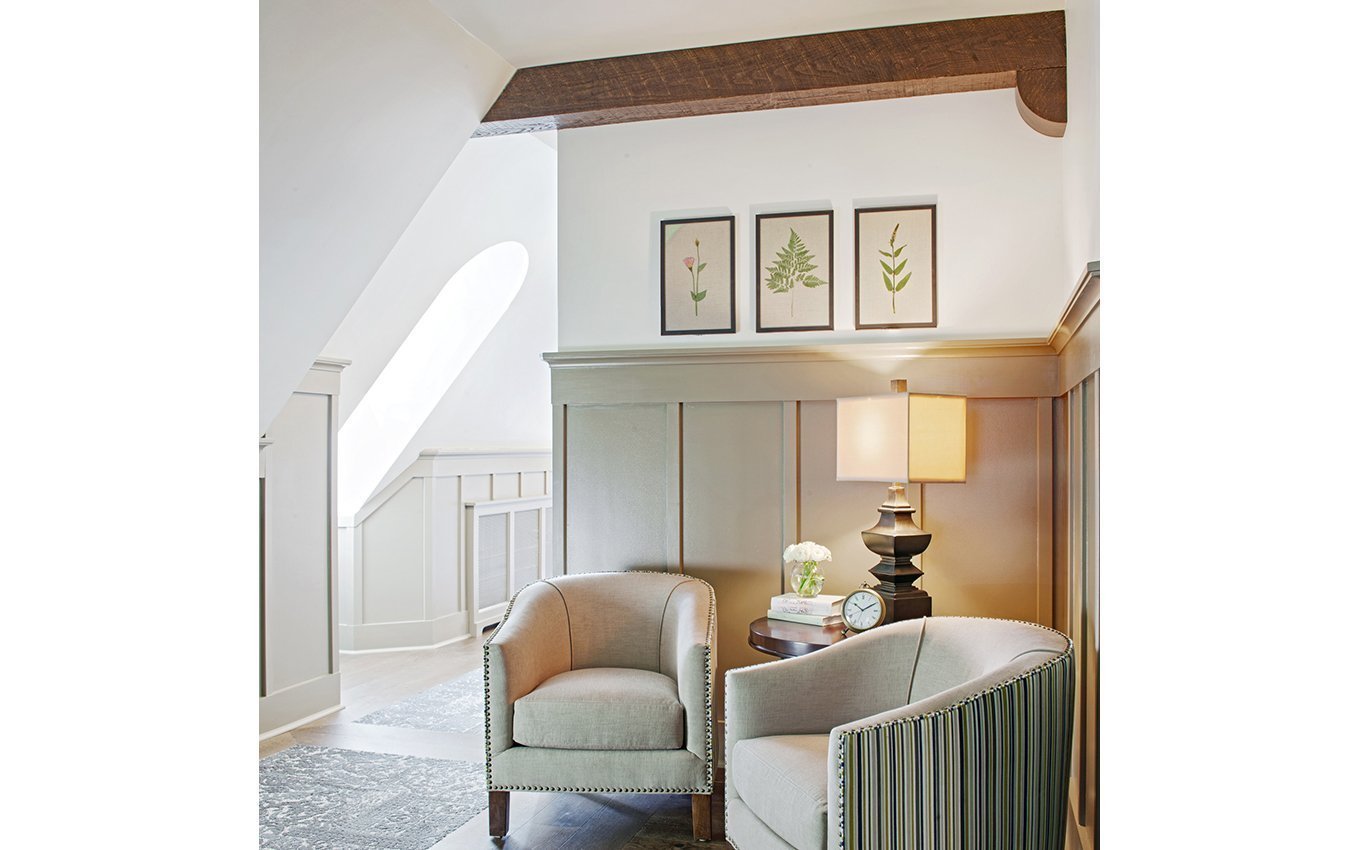 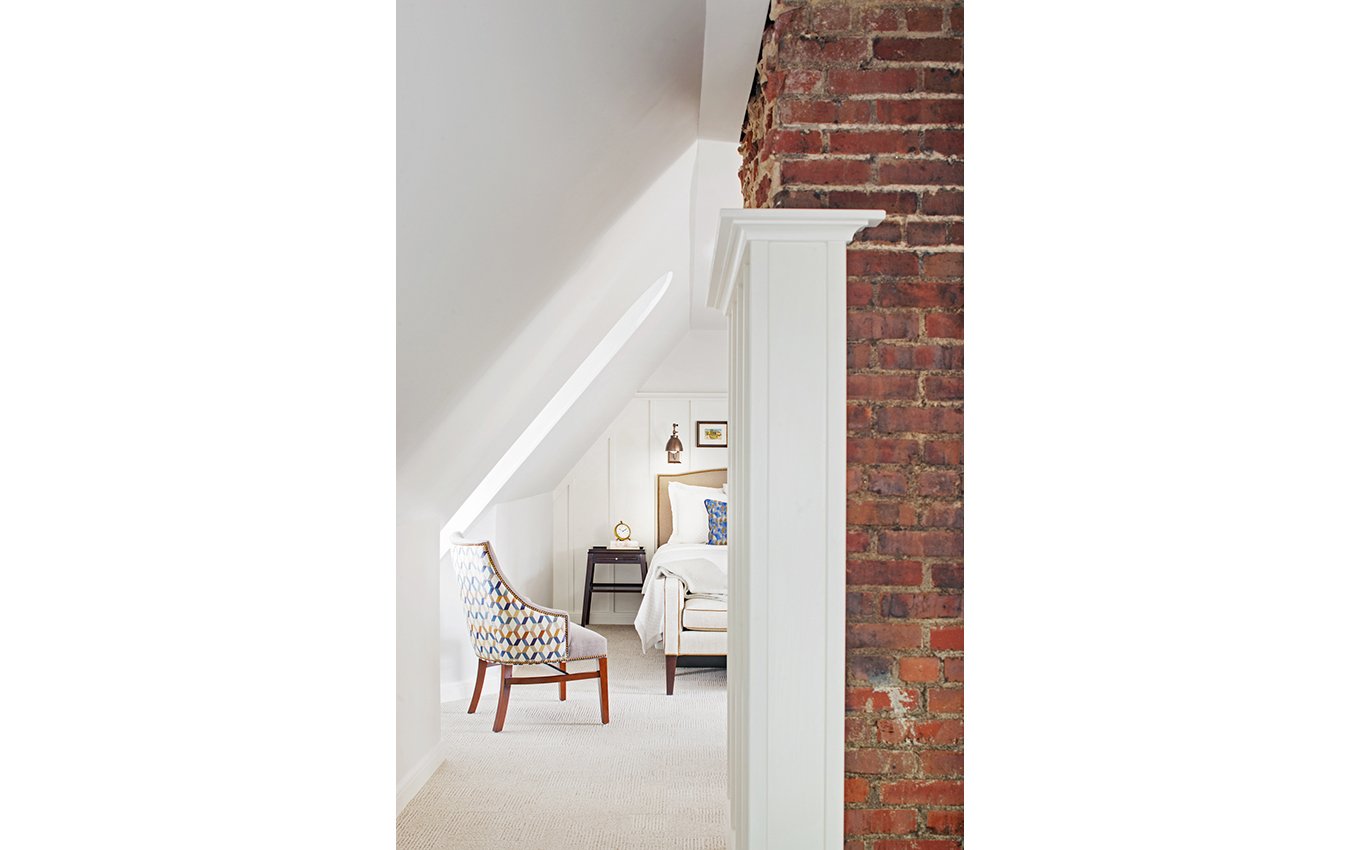 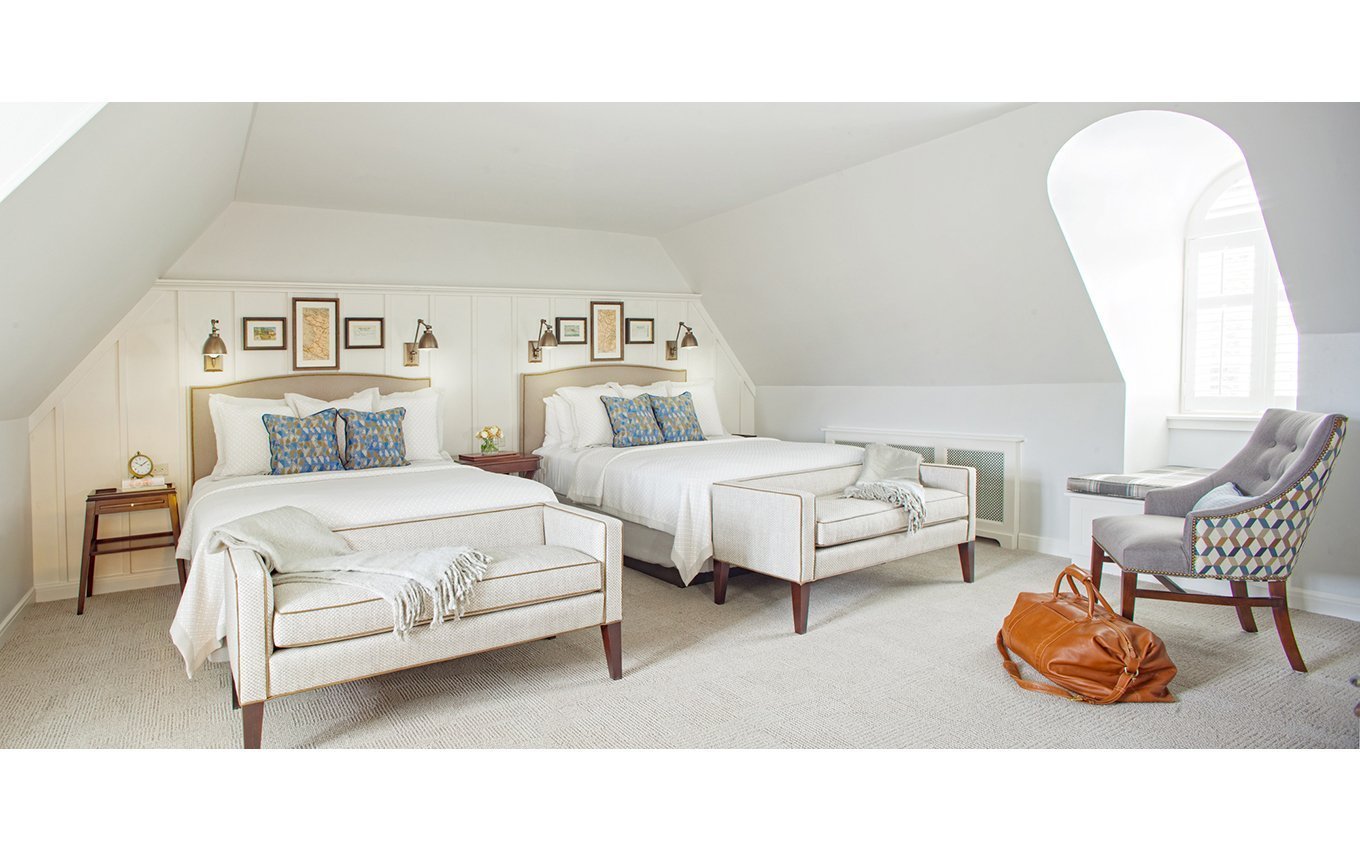 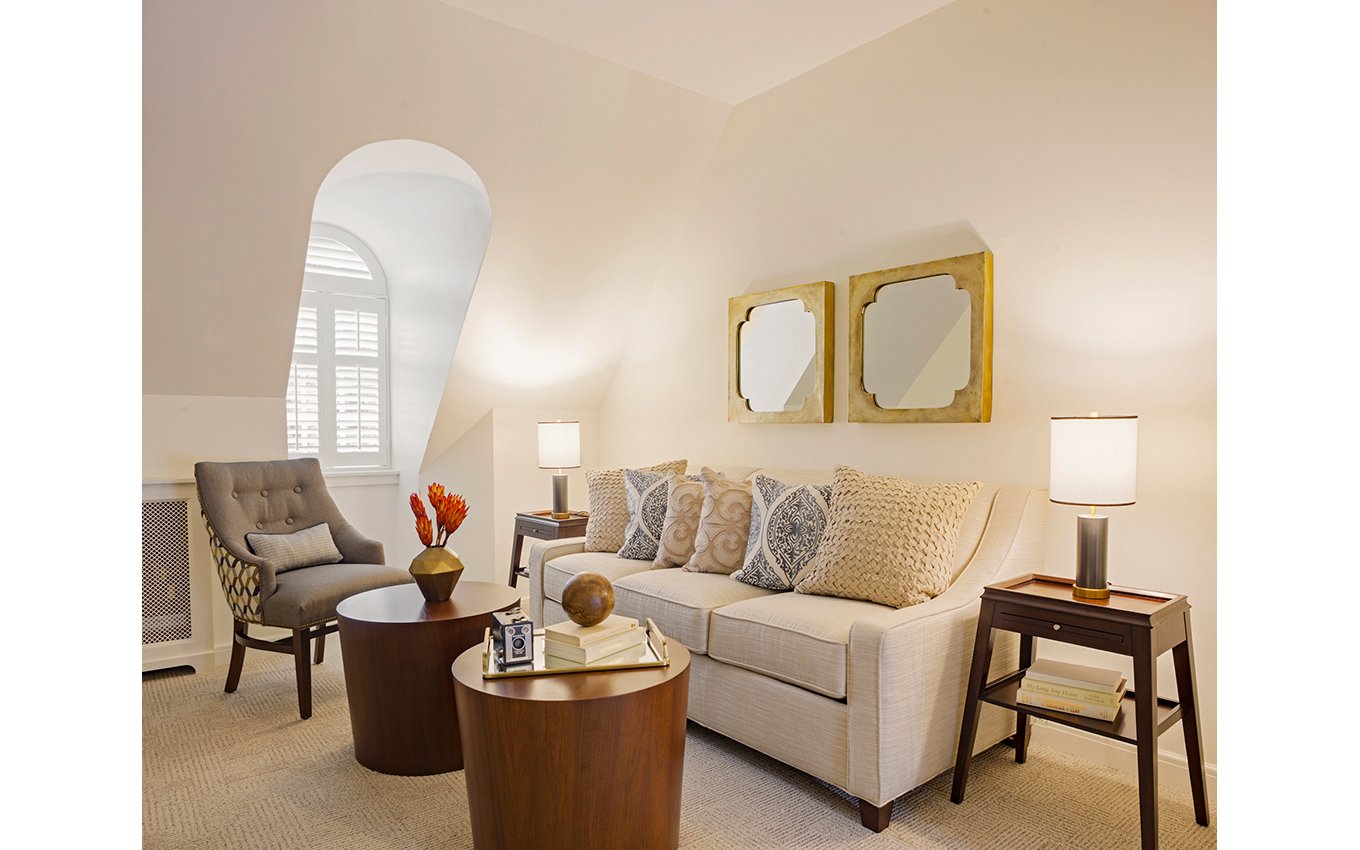 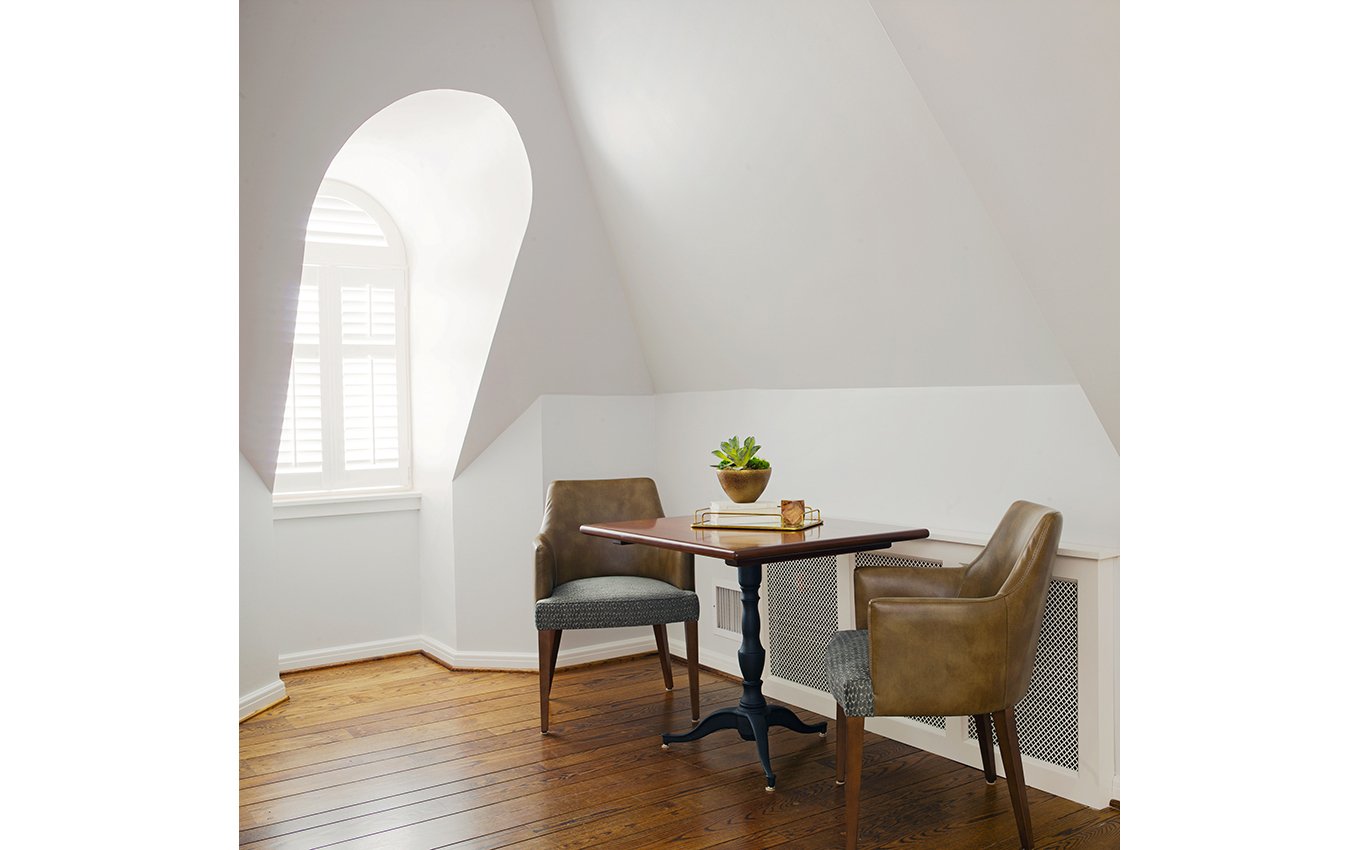 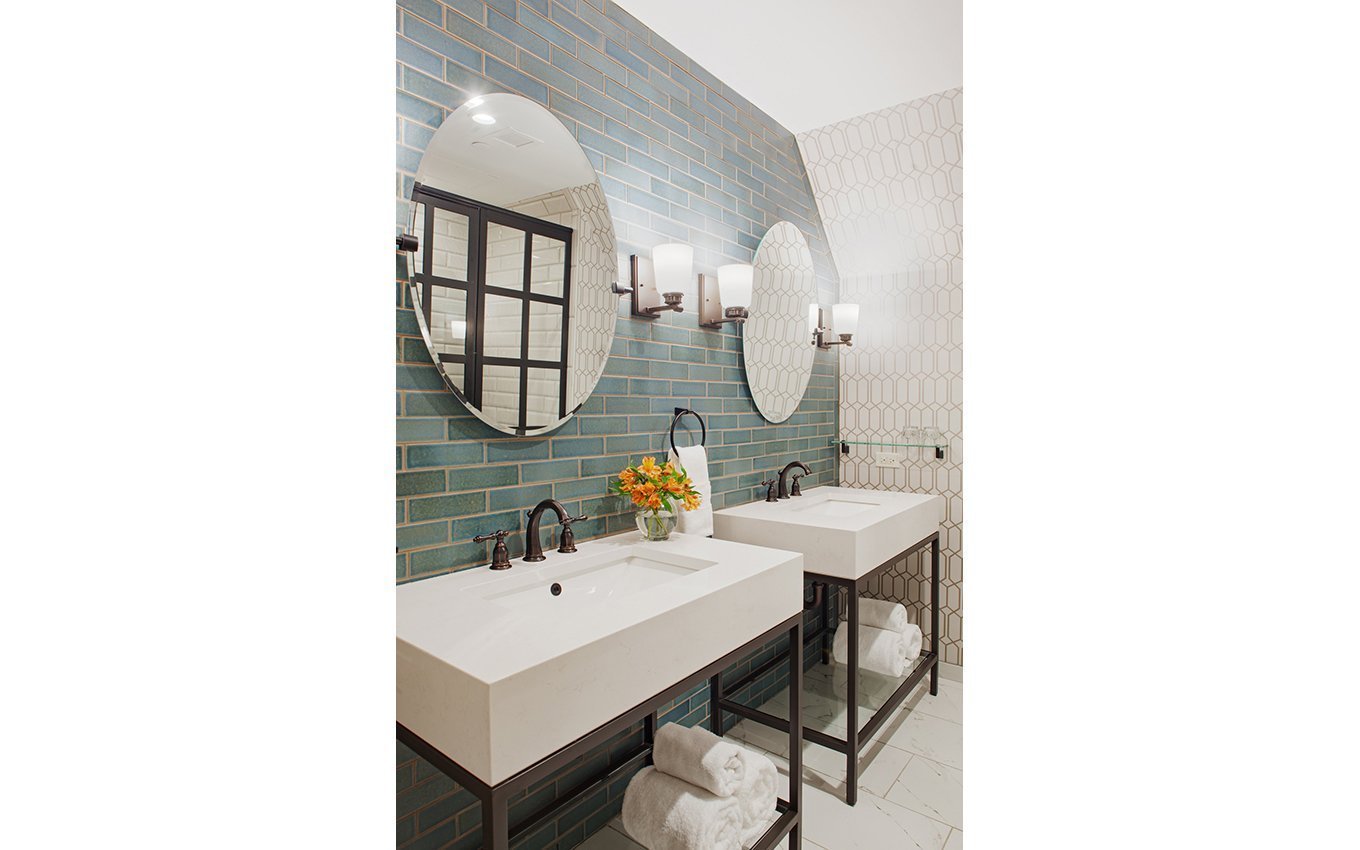 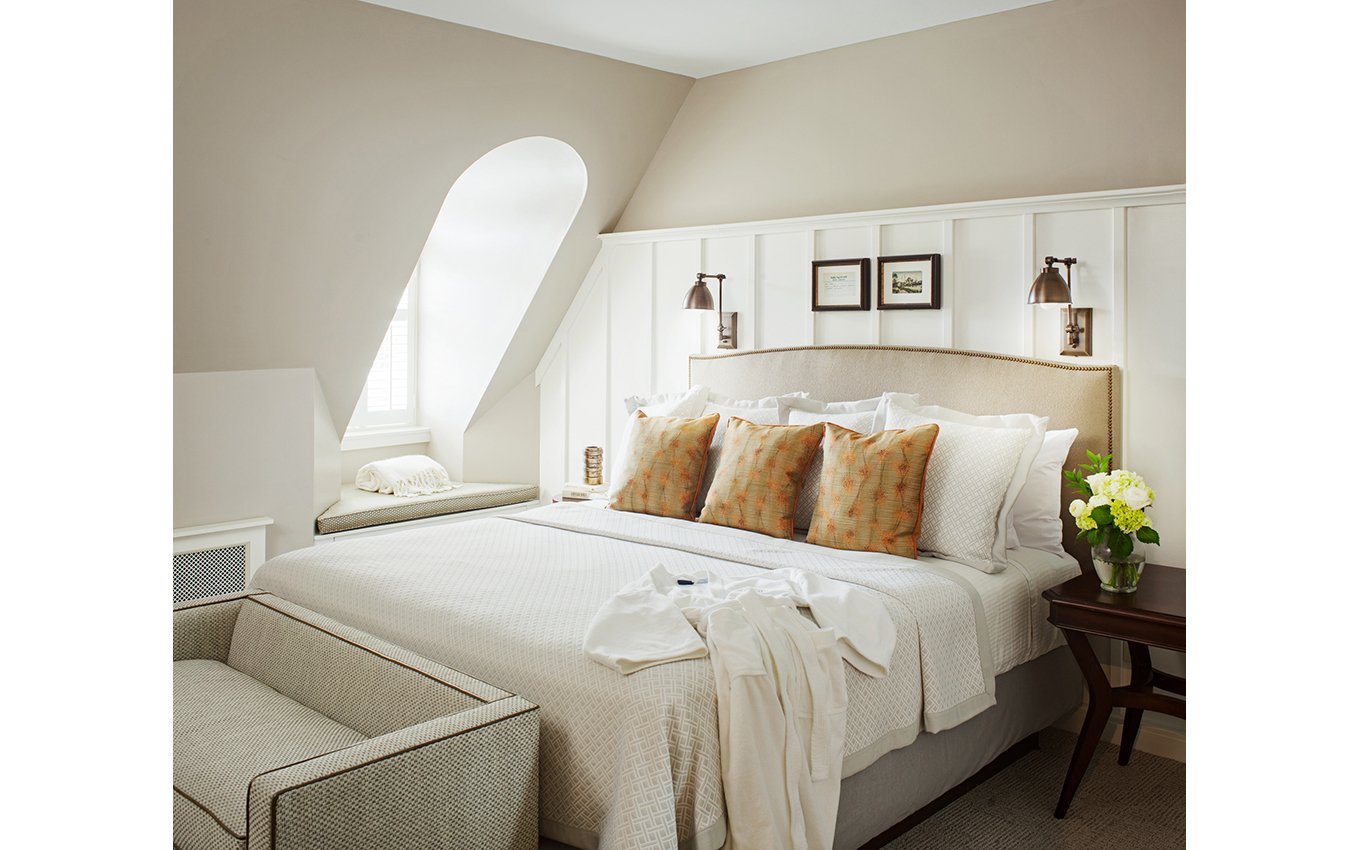 Completed in 1932, the original Graylyn Estate was designed by Luther Lashmit, AIA, a leading architect of the day and part of CJMW’s predecessor firm, Northup & O’Brien. Home to Bowman Gray Sr. and Nathalie Lyons Gray, the estate was donated to Wake Forest University in 1972. In 1980, a fire ignited on the third floor of the unoccupied home as 7,000 people – gathered on the front lawn for a symphony concert – watched.

The next day, the president of Wake Forest announced that the home would be restored to its original grandeur when the Grays had moved into it in 1932. In 1993, Graylyn became an international conference center, hosting guests including U.S. presidents.

The third floor guest rooms were located in what was originally a series of cedar closets storing the Gray family’s mementos from their trips around the world. The rooms had remained relatively unchanged since the restoration of the 1980s.  CJMW was retained to provide much-needed updates while keeping with Graylyn’s air of historic grandeur. Since the property is on the National Register of Historic Places, the designers met throughout the project with County Historic Resources Commission representatives to ensure an appropriate intervention.

Plans were drawn to accommodate 14 “standard” rooms plus one suite on the third floor, for a total of 15 rooms. Where possible, chimneys were exposed. Additional lighting, more open floor layouts, and totally redesigned bathrooms with modern showers and vanities transformed the entire floor from an “attic feel” to a charming, modern set of well-appointed guest rooms. Throughout the project, the design team responded nimbly to the inevitable surprises uncovered as work progressed.

Due to the nature of the existing building, no two rooms have the same layout. Multiple color schemes were used throughout to accentuate this non-standardization and create a more residential feel overall. The art used in the rooms and public areas of the third floor takes inspiration from the attic’s original use; vintage maps, postcards and diary entries from Mrs. Gray’s travel journals recall adventures from a bygone era.