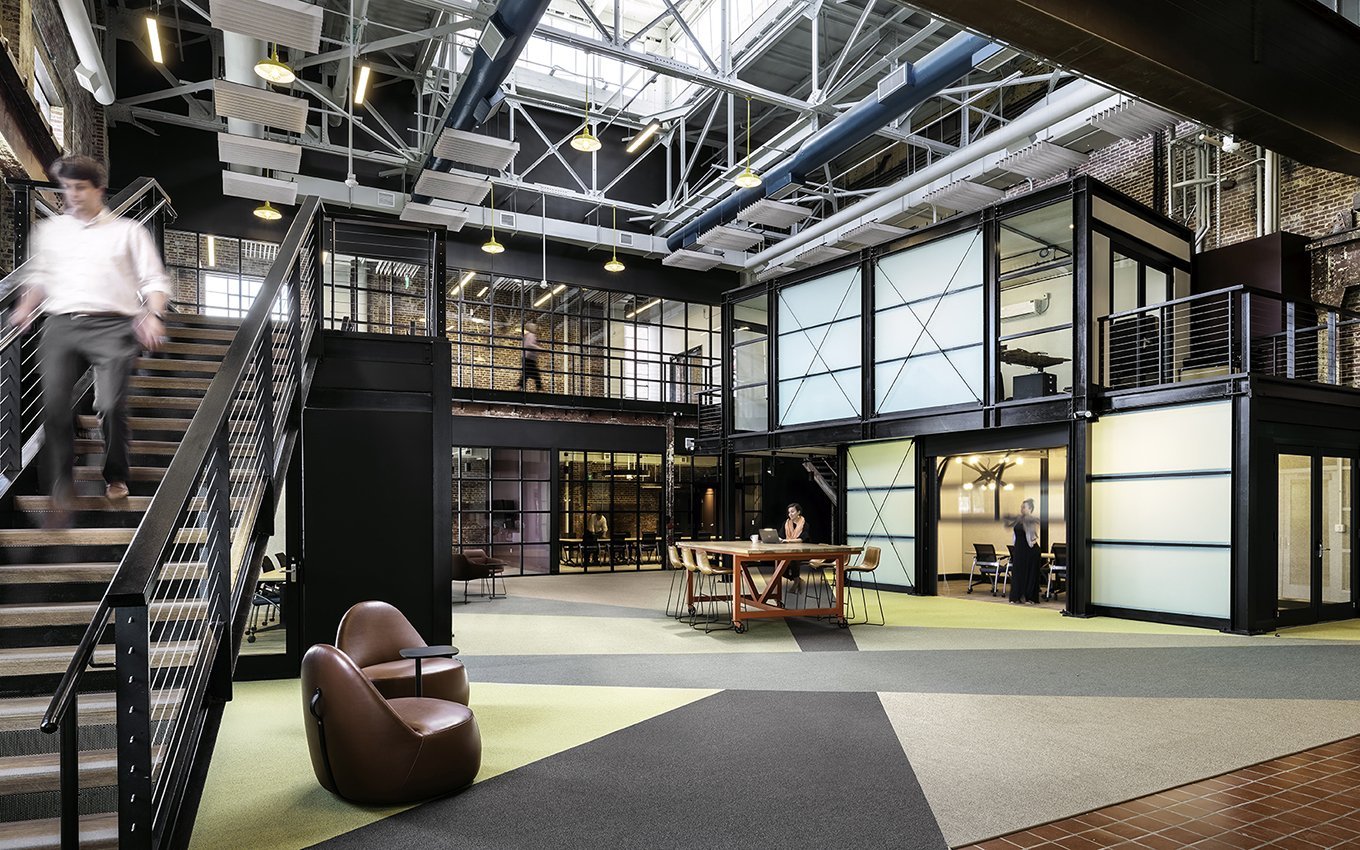 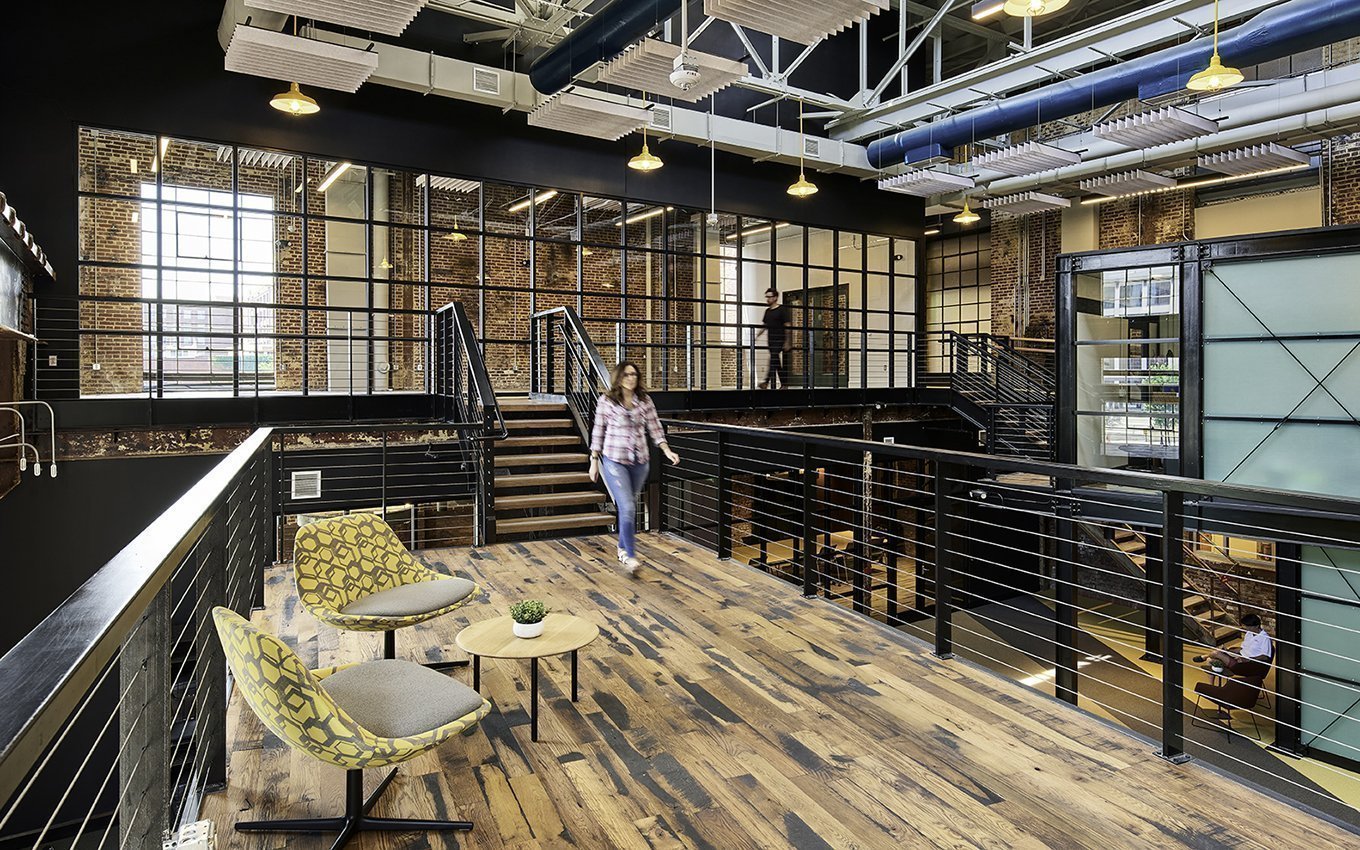 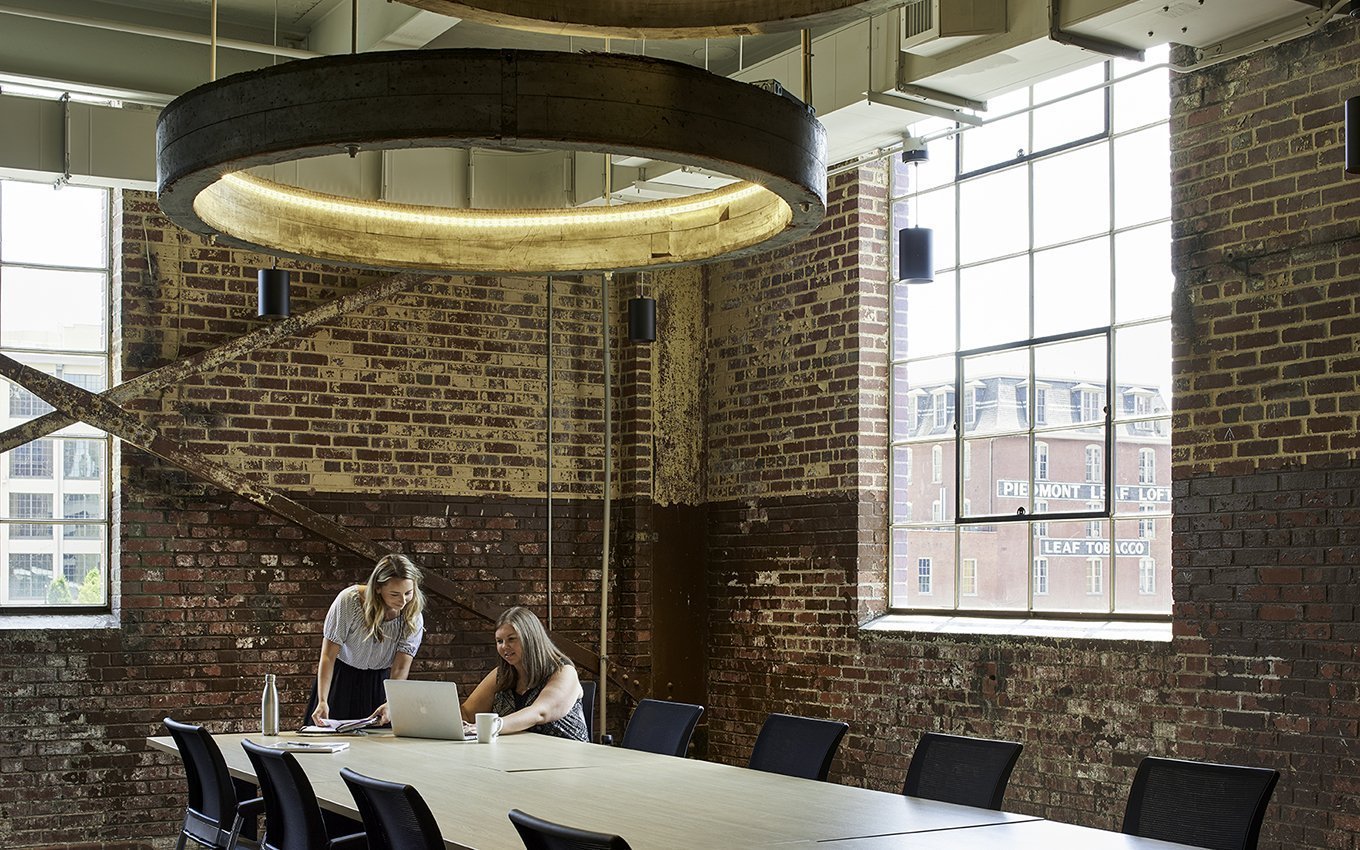 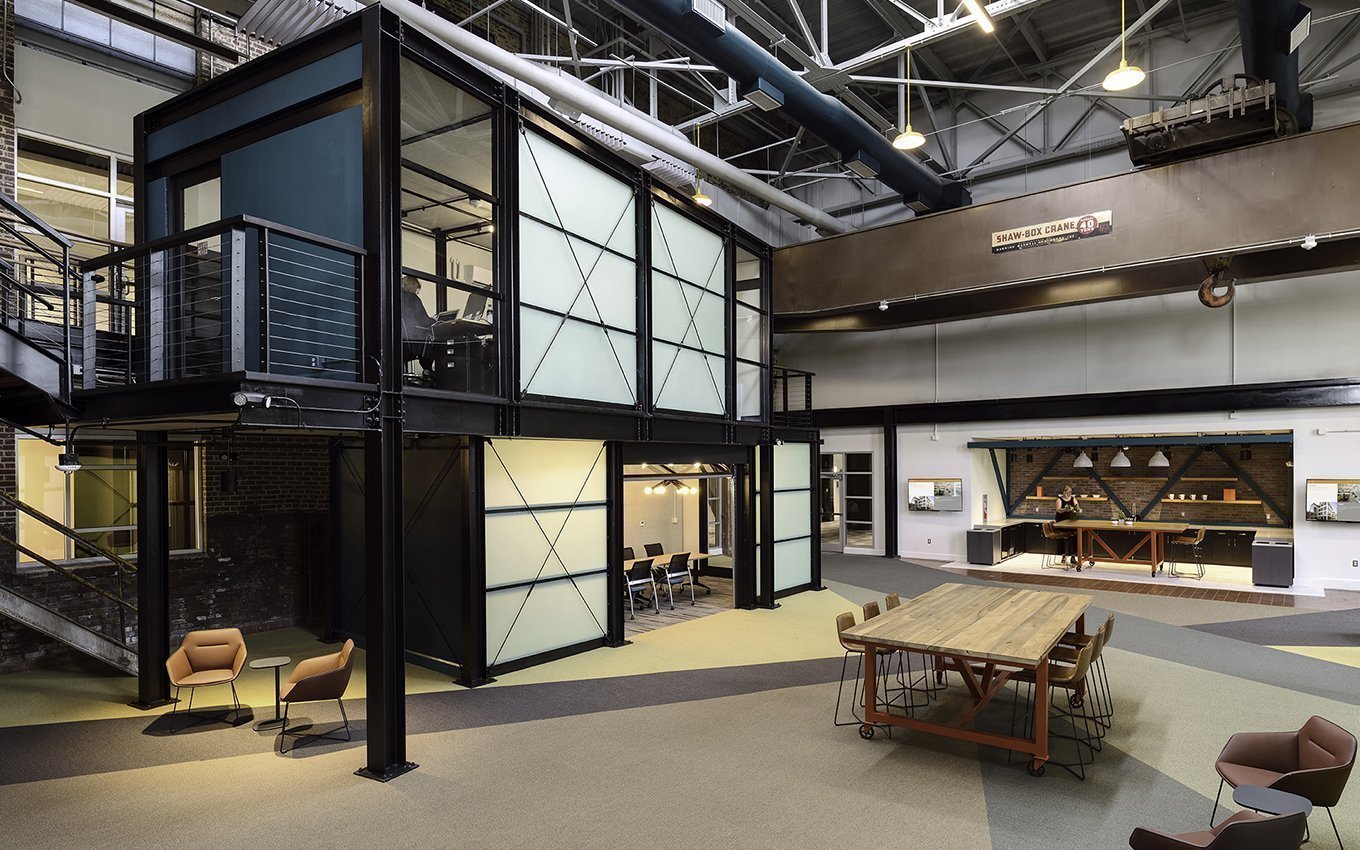 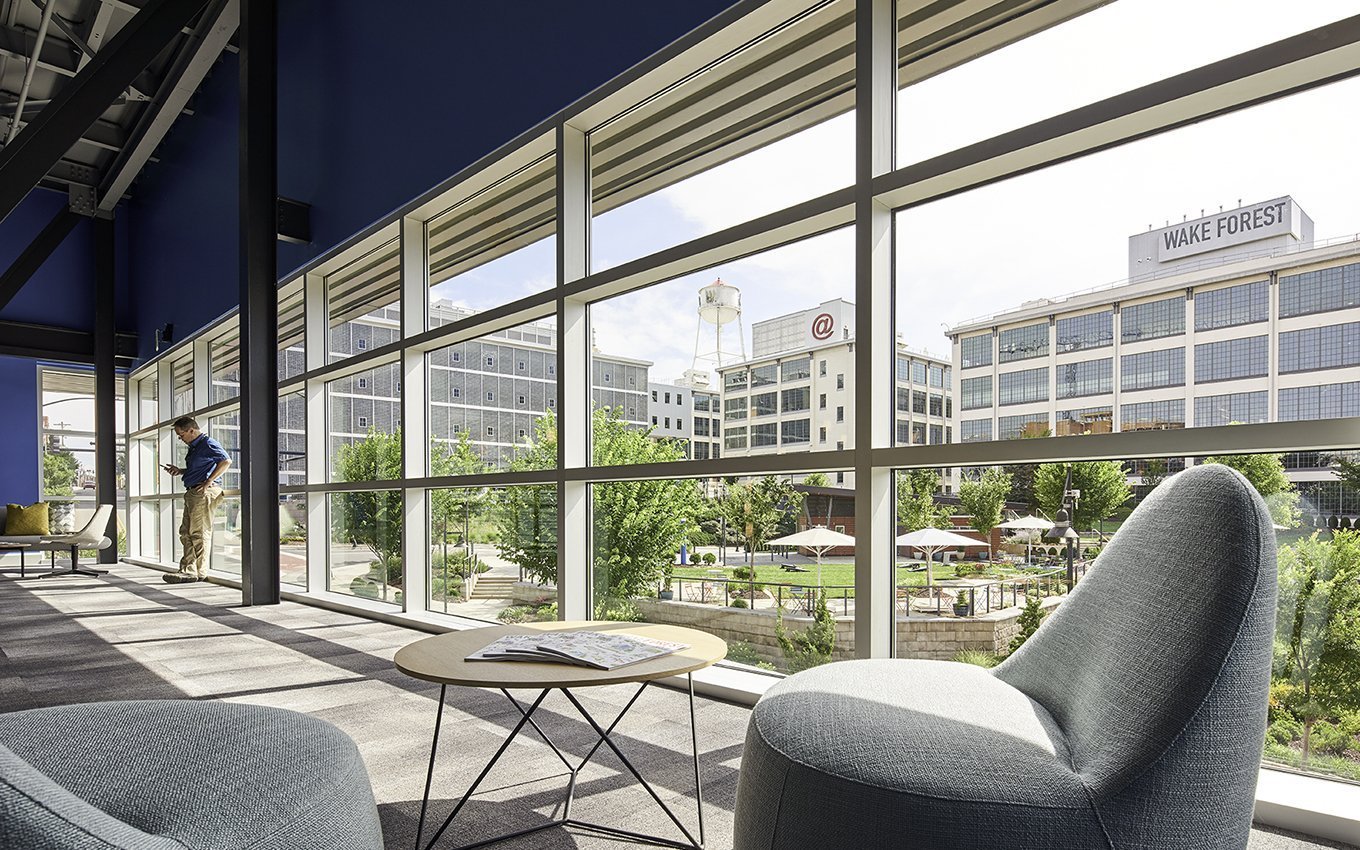 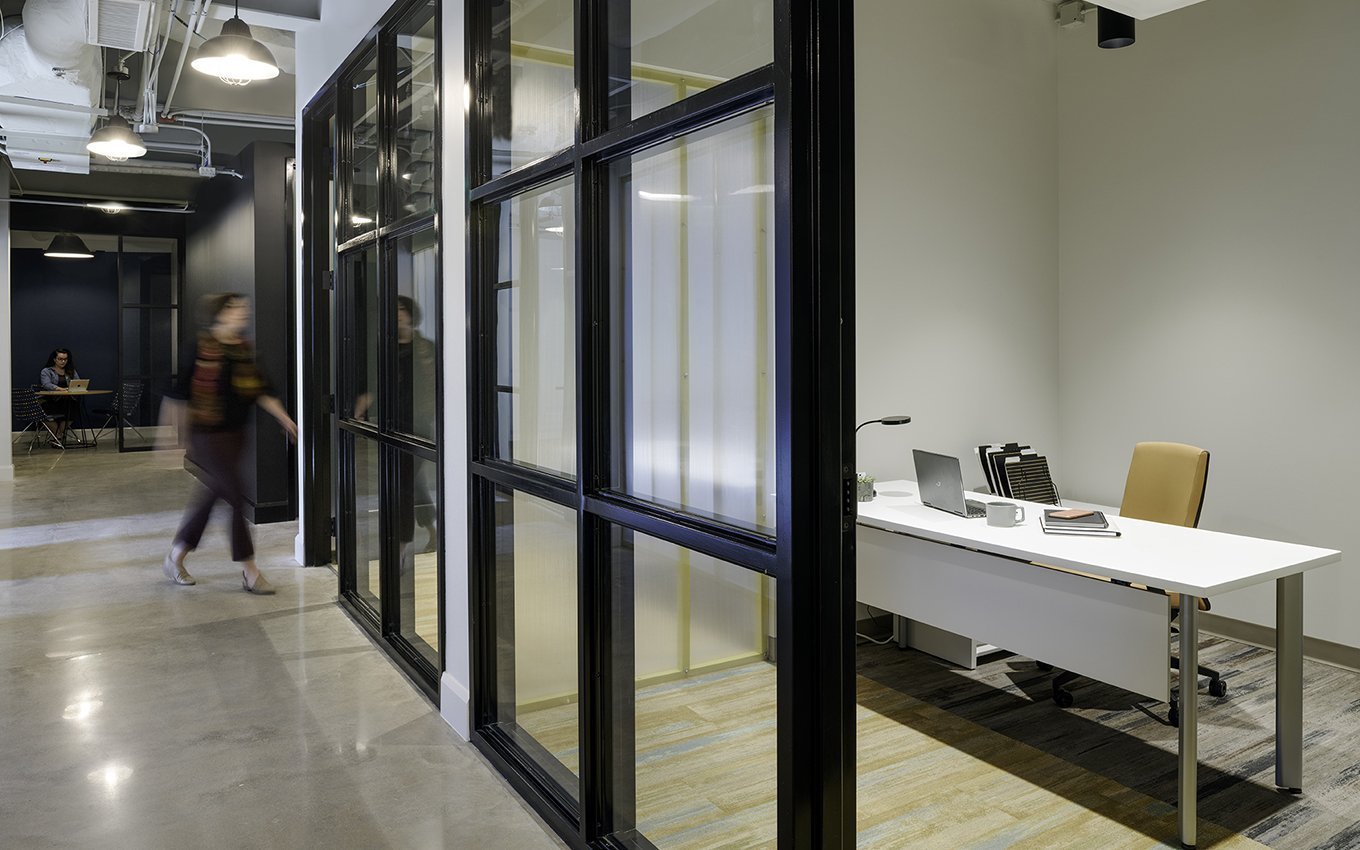 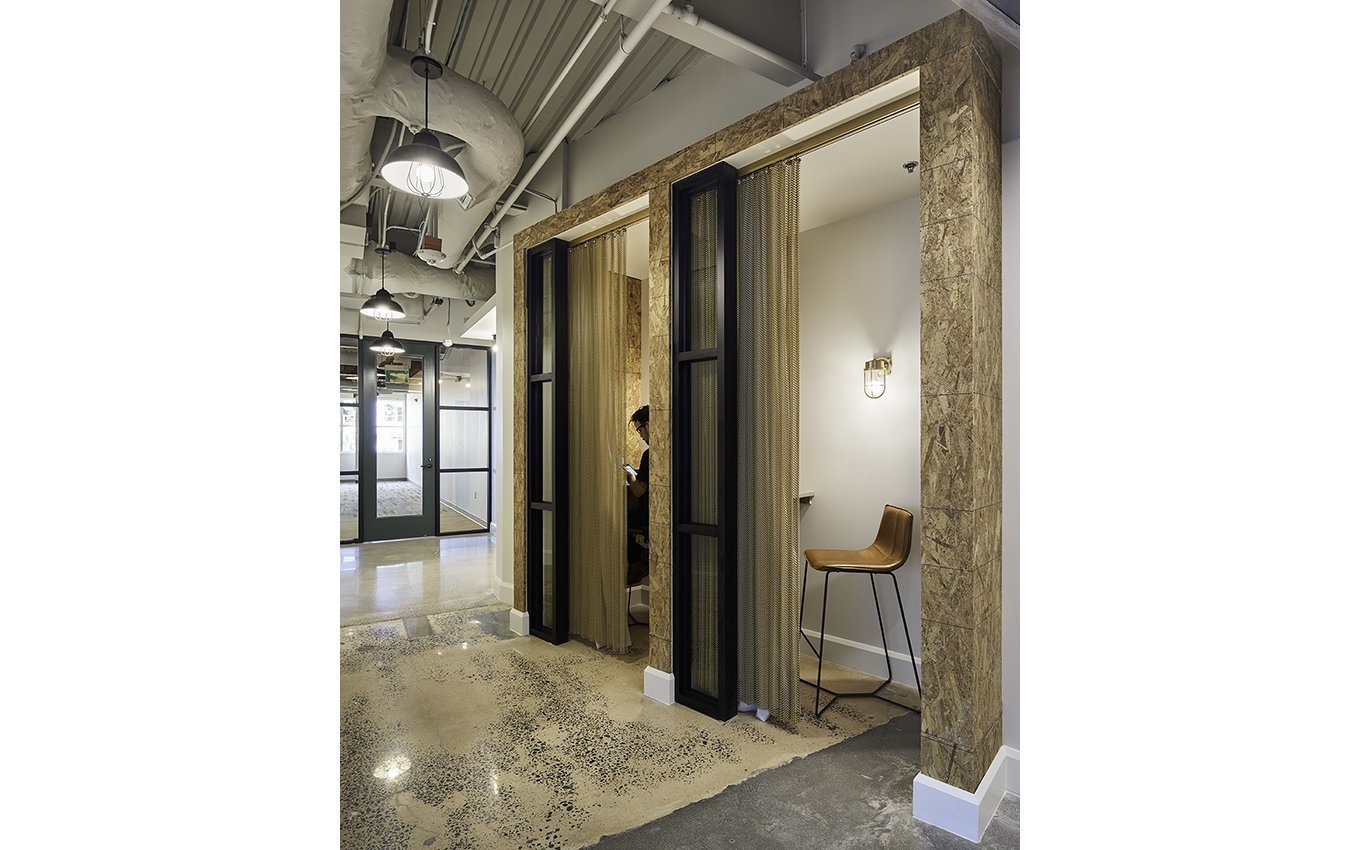 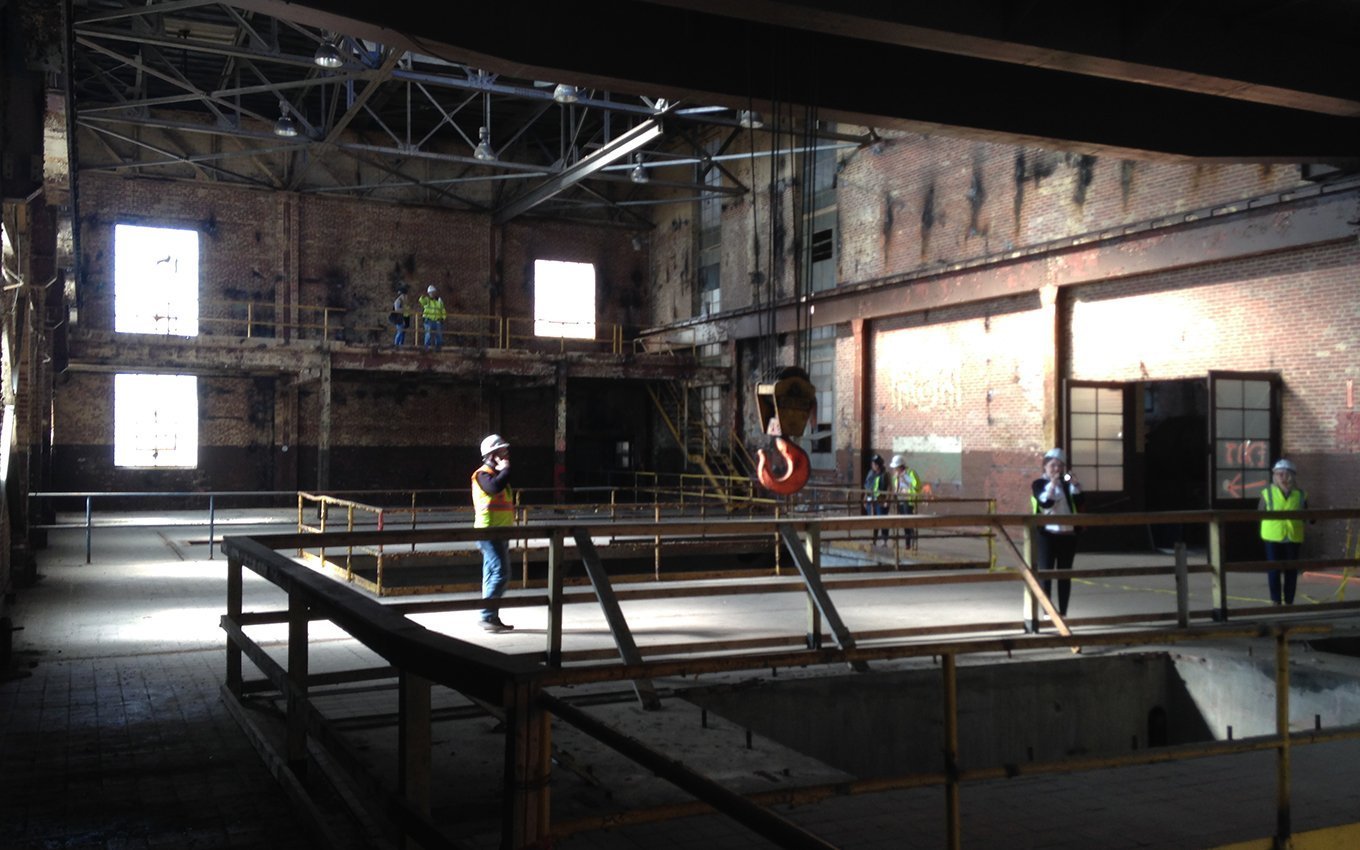 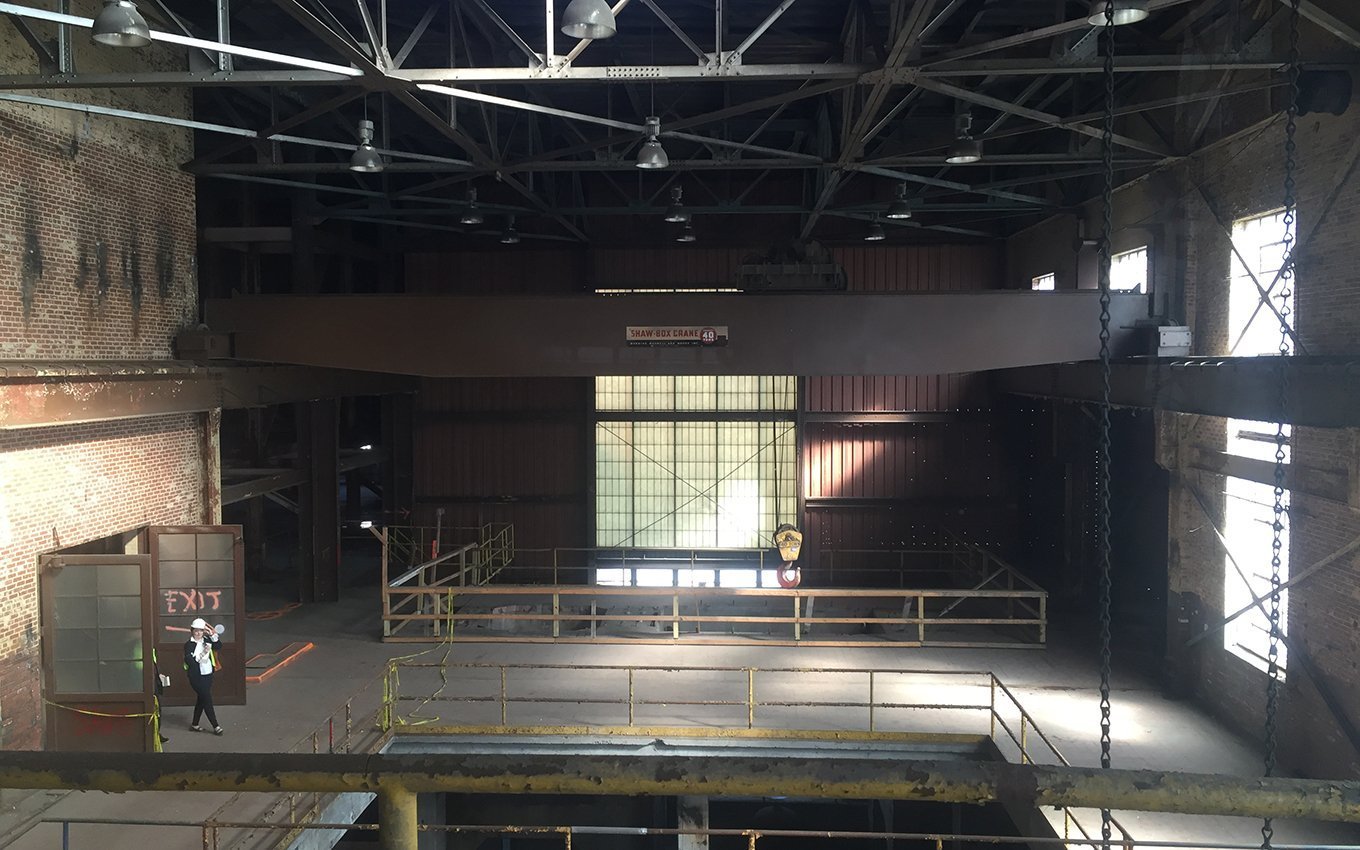 Built in 1947 to house the massive turbines that powered the RJR campus, the Bailey Power Plant had been decommissioned in 2000 and was part of a group of buildings donated in 2010 by RJR to what is now the Wake Forest Innovation Quarter. By 2016, Bailey was the last building in the group to remain untouched, primarily due to the complex spaces created specifically to hold massive power equipment. One of these complex spaces was “Turbine Hall” where the three oversized turbines were housed, along with a 40-ton crane that serviced the turbines.

With most of the rest of Bailey Power Plant dedicated to long-term leased office space, and with a shortage of large indoor gathering space in the Innovation Quarter, the client wanted to add both a co-work/ flexible office area and a showcase communal and event space to anchor not only the building but the neighborhood. The event space needed to flex to fit everything from large meetings to charity events to conferences to movies – yet still work as a comfortable, cool hangout space for use on a daily basis. At the same time, financial realities also dictated the need to maximize leasable space.

The design of the 5,000 SF Turbine Hall became a study in how to maximize use without losing the beauty of the volume and history of the space. The team took advantage of the Hall’s volume to add several meeting pods, increasing square footage and thereby, both short and long-term leasing opportunities. Custom designed and built, the team worked with the fabricator to develop the stackable container-like structures made of modular steel with resin honeycomb core infill panels.

Pods were placed off-parallel from each other and from the building shell; these shifts, together with the floating stair, flexible furniture, and kinetic flooring, contrast with the rectilinear framework provided by Turbine Hall’s and mezzanine. Comprised of a range of conference/ office space sizes and formats all arranged to also accommodate large events, Turbine Hall is designed to evoke the motion, connections, and energy it has always had.

In addition to standard entry doors, the lower pods have a rolling glass door for privacy. Lower pods are currently available for daily use by tenants and the neighborhood, while the upper pod is the home of Venture Café, an organization hosting weekly networking events. A catering kitchen with built-in storage supports major events or small get-togethers equally well.

Contrasting old and new, as much existing steel and brick patina was exposed and preserved to celebrate Bailey Power Plant’s history and transformation. The team scouted for and repurposed reclaimed objects, such as the conference room light fixtures. During construction, designs and finishes were tweaked ‘on the fly’ as surfaces were exposed. The original crane, which used to travel along the length of the room on massive steel beams, is now fixed in position as a reminder of Turbine Hall’s former use.

CJMW’s Interior Design Studio addressed a total of approximately 28,000 SF on this floor of the building, including the upper atrium lobby. The rest of the floor is flex office space aimed at attracting both emerging and existing companies.